IR photography on the cheap

This was written in 2005 when most compact cameras had pretty crummy IR filters; things might be different today.

To experiment shooting in IR, you don’t need expensive equipment; as a matter of fact, the cheaper your equipment is, the better.

##1. Find an appropriate camera You need a cheap compact camera; every compact camera comes with an in-built IR-blocking filter to keep the IR out. We want to do just the opposite and keep the visible light out, allowing only IR to pass. For that, we need to start with something that has a lousy IR-blocking filter, and the cheaper the camera, the worse the filter. I used Canon PowerShot A80 which lets quite some IR through.

Verify it works by pointing it at a remote control and pressing a button. You should see something like this on the LCD screen of the camera:

##2. Get an IR-passing, visible-light-blocking filter You can buy quite some of them (Cokin, Hoya), but I chose another way and made one myself from overexposed & developed film. I cut two tiny pieces from the end of some of my old filmstrips (there always is some overexposed slack at the end). I used two layers of film (just to make it completely block visible light) and made an improvised IR-passing lens-cap for my camera. Another test with the remote control showed that overexposed and developed film is virtually transparent for IR.

##3. Get outside Sun is probably the strongest IR illuminator you can afford. Sunlight decreases the exposure times and your pictures end up less grainy.

##4. Take pictures It needs some experimenting to get the optimal exposure and focusing. At least in my case, where my DIY filter probably blocked some parts of IR spectrum as well - the image on the LCD was very dark and I had to focus manually using trial and error.

##5. Postprocess All pictures will have a strong tone, most likely pinkish/reddish. Like this one: 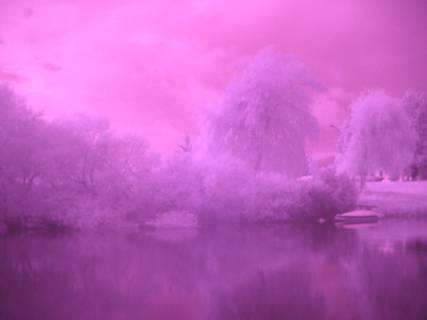 With some postprocessing (Auto Levels in Photoshop, or similar software), you can get stretch the histogram and make it more presentable. 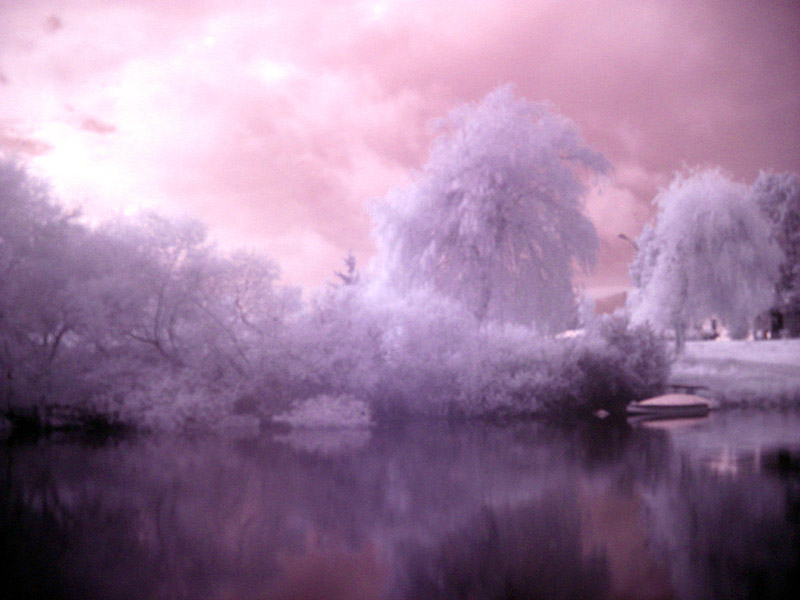