Ever since the first proof of concept in 2007, when I mashed up Jeroen Wijering’s JWPlayer to play flv files from around the net and display them with subtitles, this idea seemed like it had great potential.

I first thought of it when I saw a cartoon illustrating the double-slit experiment; I realized I could never create such content, but I could bring it closer to people I cared about.

The proof of concept used a file hosted on Google Video, which is now long gone, and some subtitles I created and translated manually.

Soon it turned from a single url and a single .srt file into a platform wannabe, allowing anyone to submit or edit subtitles for any flv video file found on the web.

It was well ahead of its time, and plagued by many problems:

There was a couple of bright moments, like the one where an anonymous good soul decided to translate an entire 10 minute talk into Hebrew.

I didn’t even notice it until I got a huge spike of visitors.

Below are some screensnaps of what it looked like. It sure was ugly, although it went through a couple of redesigns in what might be my first attempt at split testing. 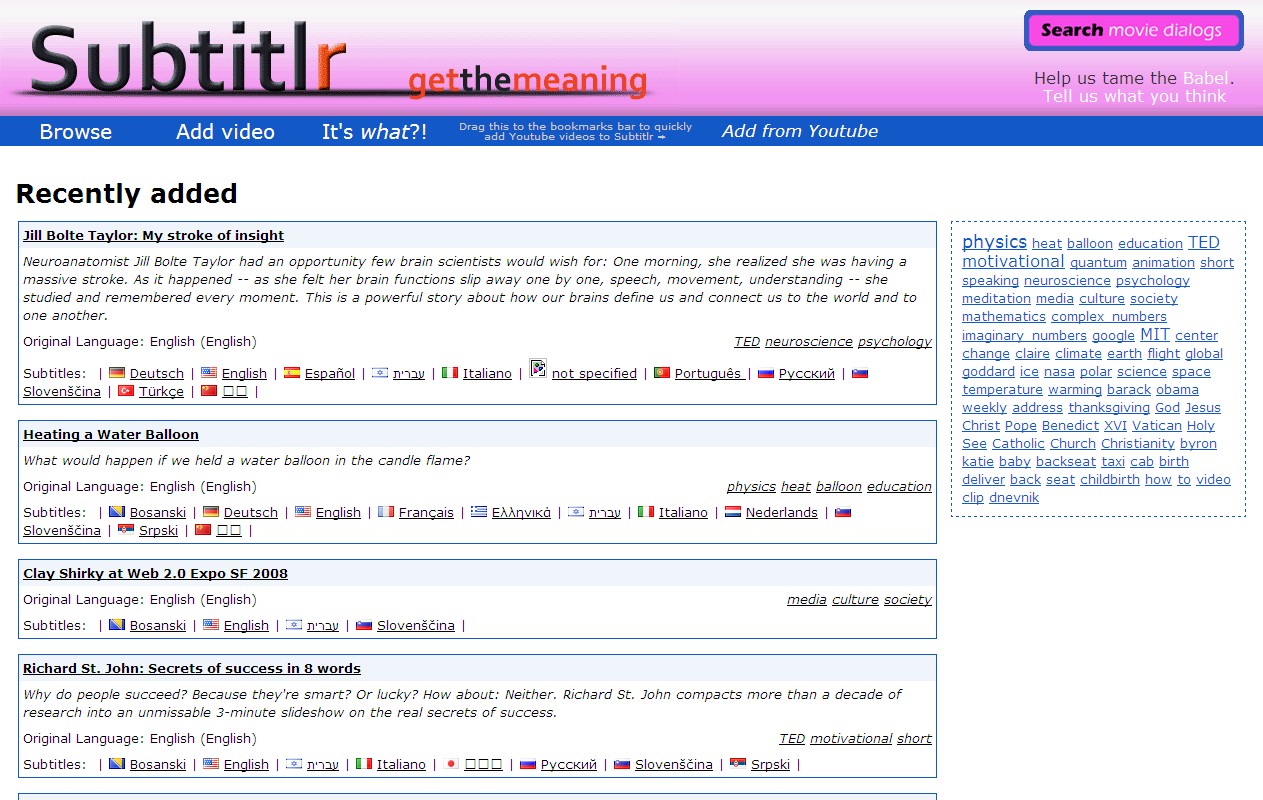 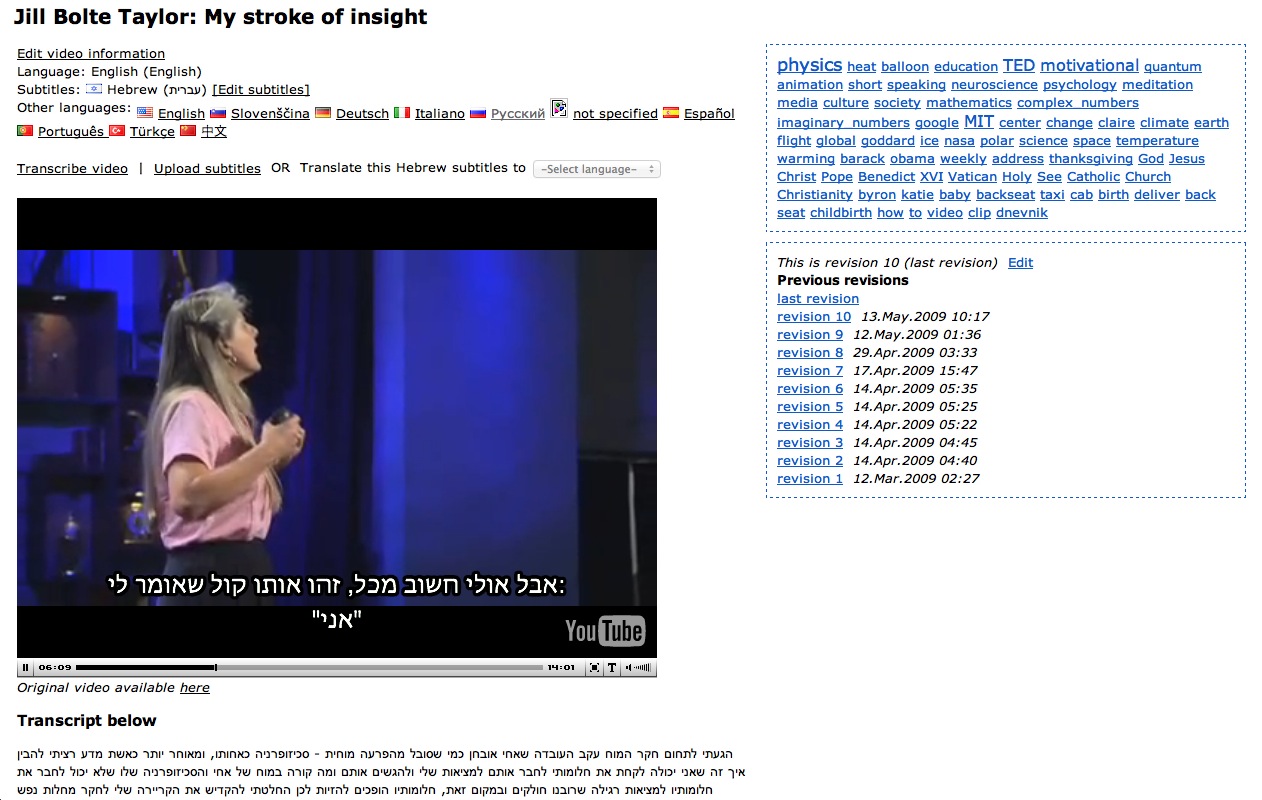 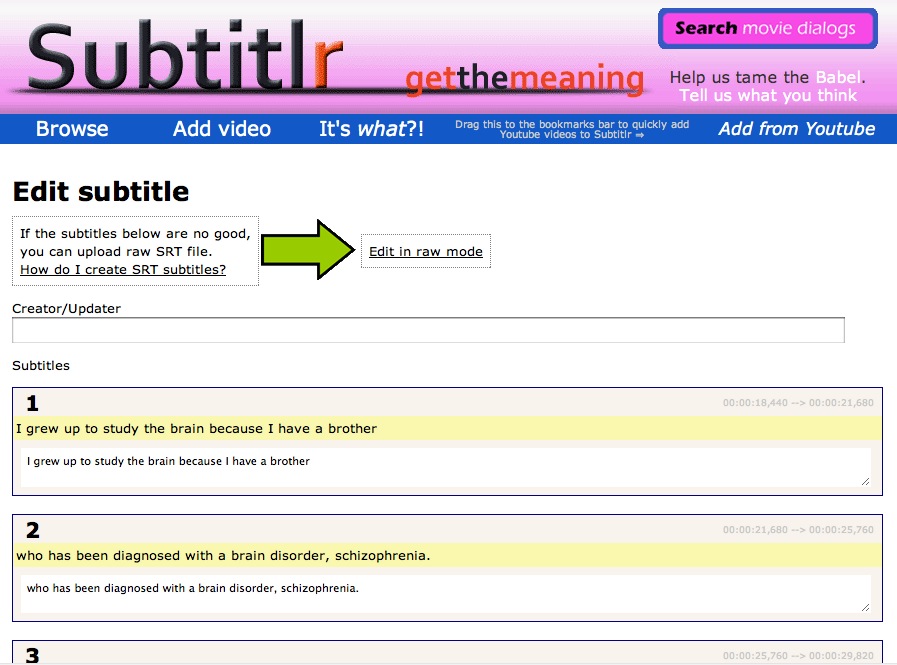 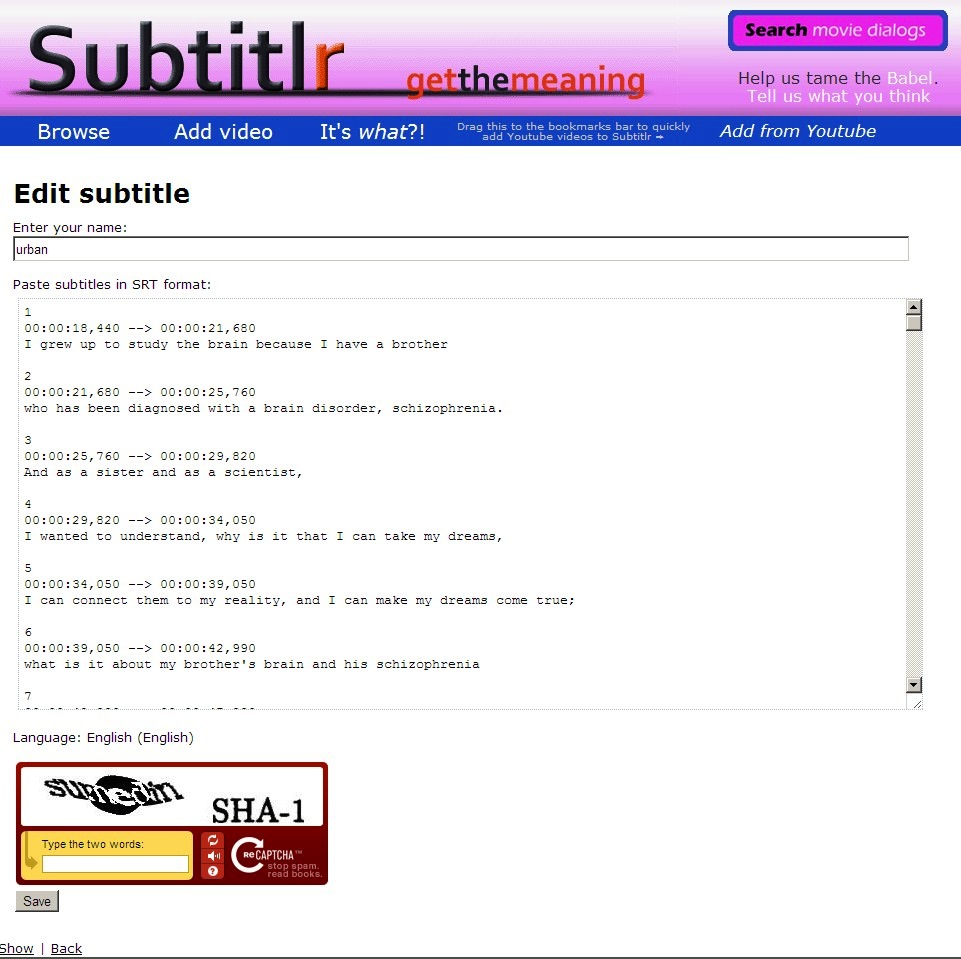 Well, good content was the best part of it and much of that came from TED; when TED rolled out “TED translations”, it basically spelled out the end of Subtitlr. Not to mention Youtube which added captioning, and of course DotSub, a service born at around the same time.

When it was quite obvious its best days were behind it, I had one last shot by converting it to a funny clip subtitle editor (more accuratly, Hitlr Subtitlr (tm)) to have some fun.