This means that the mapping of channels changes from (red → red, green → green, blue → blue) to this:

To do this, you obviously need an image in the IR part of the spectrum. More information on how to shoot in IR.

##Prerequisites You have to take 2 images for every false-color shot. One has to be in IR and the other one in visible light. They have to be perfectly aligned, so the camera shouldn’t move between shots. It’s best if you use a tripod.

This is our scene in visible light: 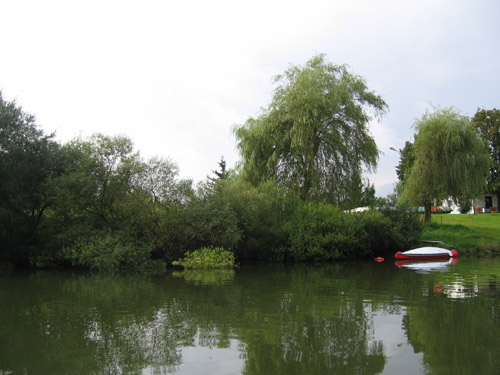 And this is the same scene in IR: 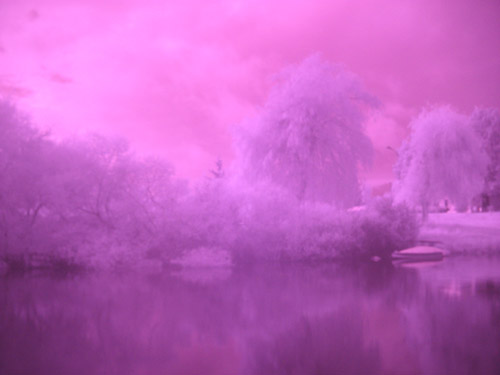 ##The process First, equalize the histogram of the IR shot.

Next, combine both shots in an image editing program (Gimp, Photoshop, or similar), replacing the channels like shown above. 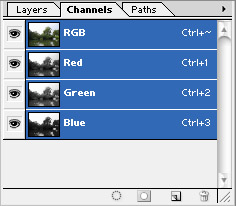 You can do that by finding a channels panel, selecting a single channel, copying the entire image and pasting it into a different channel.

Final result will be a surreal false-color image, as if you had used a color infrared Ektachrome film.